5 Reasons to make Testing the Answer Choices Plan A 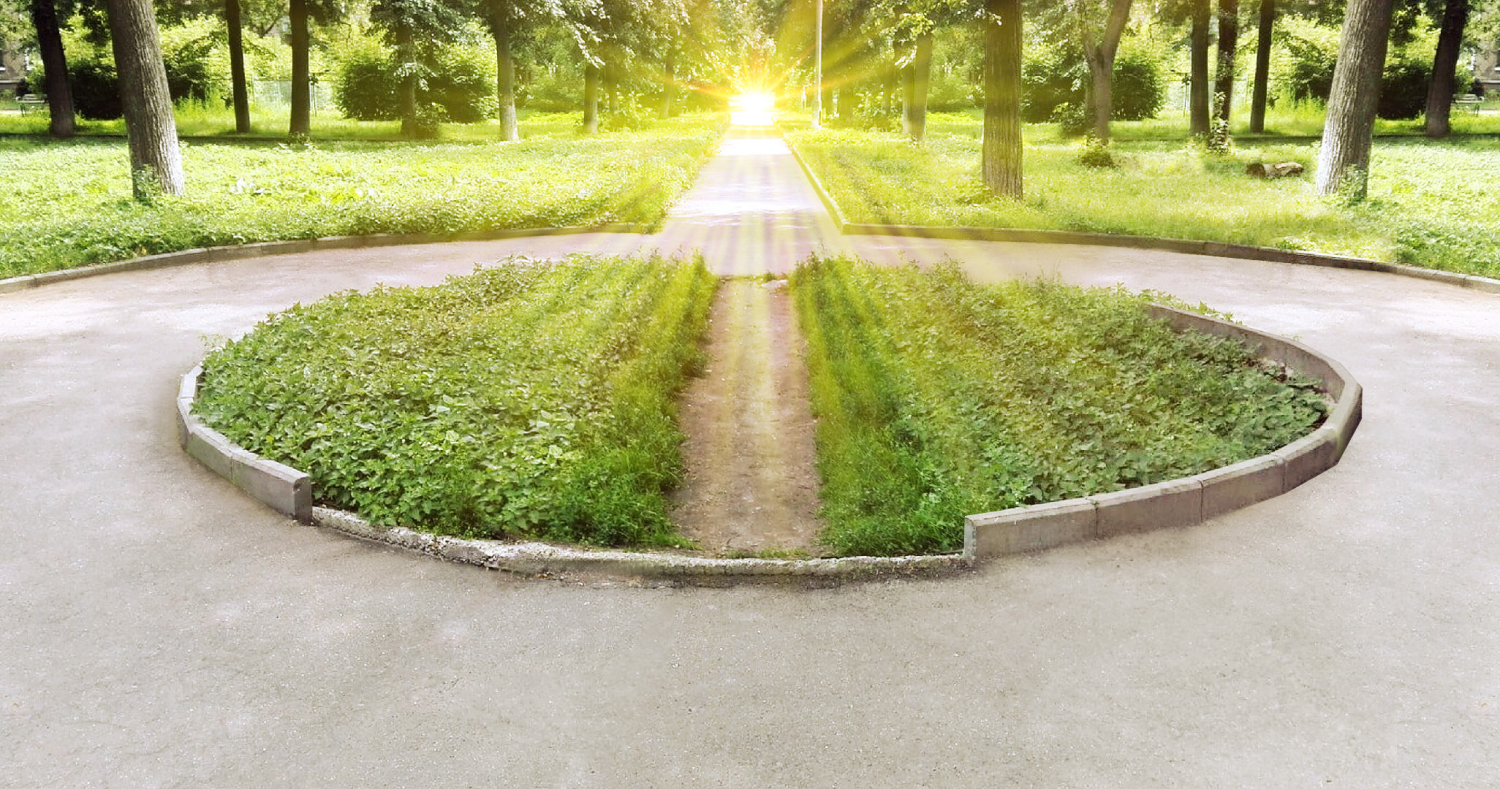 Note: This is article #2 in the multi-article series Are you doing it wrong?

In my last article, I explained that, in order to maximize your quant score, you must be adept at applying both conventional (i.e., high school math) strategies and GMAT-specific strategies.

The truth is your goals are best served when you make testing the answer choices Plan A. There are 5 reasons to follow this advice:

Let’s examine each reason, starting with. . .

Let’s re-examine this question (from the GMAT Official Guide) we reviewed in the last article:

The conventional approach to this question requires us to translate information into a quadratic equation and then solve that equation. The GMAT-specific approach, on the other hand, requires us to divide and subtract. As you can imagine, we’re much less likely to make mistakes while performing elementary school arithmetic than while creating and solving a quadratic equation. If you’re interested, here are both solutions on GMAT Club).

Here’s a much harder question from the Official Guide:

On GMAT Club, this question has a 700+ difficulty rating, and students typically spend well over 3 minute solving it.

A: Yes, we can test each answer choice.

A: It’s hard to tell. So, let’s stick with the approach we know will work.

(C) 16. This tells us Don originally estimated the job would take 16 hours.

Since we need Don's estimated work time to be more than 16 hours, we can eliminate answer choices C, D, and E.

(B) 24. This tells us Don originally estimated the job would take 24 hours.

The most common algebraic solution to this question involves creating and solving the quadratic equation t2 + 4t – 672 = 0. If we compare this conventional solution to testing answer choices, we see that the calculations involved with the conventional approach are more complex and more prone to errors.

This question is just another example of the test-makers testing our ability to identify the most efficient approach.

While determining whether testing the answer choices will be more efficient than applying conventional strategies, we gain a better understanding of the relationships between the key values in the question as well as the restrictions placed on those values. Consider this question from the Official Guide:

A: The answer choices tell us the number of J pencils in the box. The box contains 32 pencils. So, knowing the number of J pencils will let us determine the total number of K- and L- pencils combined. For example, if there are 20 J pencils, then the remaining 12 pencils must consist of K and L pencils. Since there are twice as many K pencils as L pencils in the box, we need to divide those 12 pencils into a 2 to 1 ratio to get 8 K pencils and 4 L pencils. From here, we need calculate the total cost of 20 J pencils, 8 K pencils, and 4 L pencils to see whether it’s $3.40. This seems like a lot of work! So, let’s go with the conventional algebraic solution.

As you can see, even though we’ve decided to forgo the GMAT-specific strategy of testing the answer choices, we now have a richer understanding of the question’s details, which will make it easier to solve via conventional methods.

Many students reject the strategy of testing answer choices, because they feel the approach will take too long, especially if they end up testing all 5 values. The truth is that, in many cases, we must test, at most, 2 answer choices, which shouldn’t take long.

Consider this example from the Official Guide:

A student responded to all of the 22 questions on a test and received a score of 63.5. If the scores were derived by adding 3.5 points for each correct answer and deducting 1 point for each incorrect answer, how many questions did the student answer incorrectly?

A: Yes, we can test each answer choice.

A: It’s hard to tell whether applying algebraic techniques will be faster. So, let’s stick with the approach we know will work.

Since the answer choices for most Problem Solving questions are given in ascending or descending order, let’s start by testing choice C, the middle value.

Since we're told the students received a score of 63.5, we know that answer choice C is incorrect.

It's also clear that, in order to increase the score to 63.5, the student must get fewer than 15 questions wrong, which means we can also eliminate answer choices D and E.

Since we're told the student received a score of 63.5, we know that answer choice B is incorrect, and, by the process of elimination, the correct answer must be A.

As you might suspect, there are a lot of questions that can be solved by testing, at most, two answer choices.

But wait, it gets better.

This typically occurs when we can eliminate 2 or more answer choices before we start testing. Consider this question from the GMAT Official Guide:

On GMAT Club, this question has a difficulty rating of 650+ largely because students spend, on average, over 2.5 minutes solving it.

Here, we’re told the number of trees increases by ¼ each year. Since answer choices A, B, and C aren’t divisible by 4, we can eliminate them immediately.

To understand why, let’s see what happens when we test choice C: 2250

This leaves us with D and E. From here, we’ll just test one option. If it works, we’re done. If it doesn’t work, the other option must be correct.

Tip: We can calculate ¼ of k by dividing k by 2 twice

Perfect! The correct answer is E.

Is it a coincidence that 3 of the 5 answer choices are automatically disqualified, leaving us to test just one answer choice? No. This is another way the GMAT test-makers reward number sense and our ability to identify the most efficient solution.

Here’s another question from the GMAT Official Guide:

The price of lunch for 15 people was $207 including a 15% gratuity for service. What was the average price per person, EXCLUDING the gratuity?

Despite its appearance, this is ranked as a 700+ level question on GMAT Club. Let’s see how we do:

A: Since the answer choices tell us the pre-tip amount per person, we could take an answer choice and calculate the amount each person paid including the tip calculation, and then multiply this per-person cost by 15 to see if we get $207 (the total cost). That seems like a lot of work, so let’s go with the conventional approach.

We’re asked to find the average price per person (excluding the tip). So, let’s first divide $207, the total price, by 15, the total number of people.

Aha! Now that we’re down to choices A and B, let’s just test one of them to see if it results in a tip-included cost of $13.80

Which one should we test?

There are tons of examples of official questions in which we can eliminate answer choices before testing any values.

For example, in this official GMAT question, we can immediately eliminate choices A and B because the calculations 2/3 of 280 and 2/3 of 400 don’t result in integer values (and the question doesn’t allow for fractional goose eggs!). Here’s my full solution.

At the time, I suggested we should use a conventional approach for this question.

We can actually eliminate 3 answer choices and test just one answer choice. Can you see how? To find out, see my solution on GMAT Club, where I solve the question in two different ways.

You can be certain the test-makers were well aware that 3 answer choices were ineligible to be tested, meaning the correct answer just one test away.

Testing doesn’t suffer from the scourge of clever distractors

Upon solving a difficult math problem, the moment of truth occurs when we search for our answer among the answer choices. If it’s there, we breathe a sigh of relief, knowing our answer is correct.

When the GMAT test-makers create a Problem Solving question, they typically try to identify incorrect answer choices (aka distractors) that students will think are correct. They do this by predicting the mistakes students typically make.

Similarly, in this question from the Official Guide¸ students who incorrectly translate “Jim is 10 years younger than Sam” as J – 10 = S, will incorrectly conclude that Sam is 50 years old and select choice D. Not surprisingly, D happens to be the most popular incorrect answer for this question on GMAT Club.

This is pretty much a feature of all GMAT Problem Solving questions. So, another great thing about testing the answer choices is that it doesn’t allow for clever distractors to trick us into a false sense of confidence.

As you can see, there are several good reasons to add testing the answer choices to your mathematical toolbox.

In the next article, we’ll examine more GMAT-specific strategies that allow us to identify the correct answer more efficiently than conventional approaches do.

Click here to read the next article in this strategy series.